“Cortovisioni – Cinema Masterclass  – How to make a short film”, a project by Ado Hasanović

Cortovisioni is a workshop whose goal is to teach how to make a short film through a practical training organized for academies, schools, public institutions and as part of film festivals’ activities. 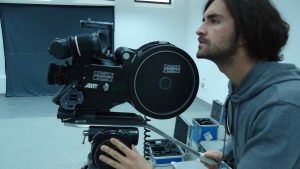 From 2007 to 2011 Ado worked in the association Prijatelji Srebrenice (friends of Srebrenica) where he gave filming and editing lessons to new members and employees of the association. In 2008 he collaborated with the Foundation Alexander Langer where he shot the documentary film “Life and Voices of Srebrenica” which featured many Italian students who arrived in Srebrenica for this occasion. In 2009 he assisted the English film director Robert Golden in his workshop Light and Film in Srebrenica. The same year together with a group of Dutch students he made a short documentary film “Postcard from Srebrenica”, the first film workshop held exclusively by Ado. 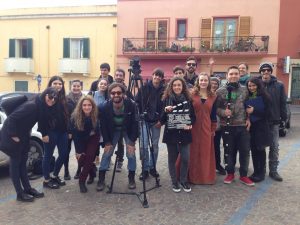 In 2012 he held a film workshop for the 6th Short Film Festival Srebrena Traka, which resulted with the creation of the short film Sastanak. Following this experience, Ado decided to give more space to his teaching activity and started a collaboration with ASIFA (International Animated Film Association) in Sarajevo and together they made two film laboratories which finished with two short animation films. Also in 2012, he collaborated with the James Madison University in Virginia (USA), creating two short documentaries. 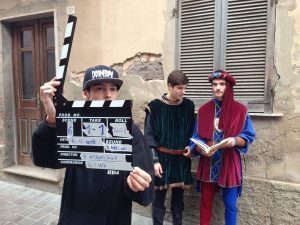 Once graduated from the Sarajevo Film Academy and the Experimental Center of Cinematography in Rome, Ado continued to hold his workshops as part of the Passaggi d’Autore festival – Intrecci Mediterranei, the Reggio Film Festival, the Film Festival City of Spello and in various schools throughout Italy. Furthermore, in 2018 he took part in the Art Clicks project in Rome, an intercultural planning and training workshop initiated by the MAXXI museum (National Museum of XXIst Century Arts) in collaboration with ECCOM (Ideas for Culture). 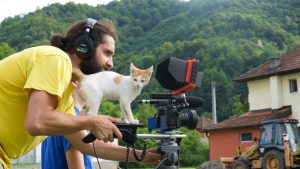 In the course of this experience, and with renewed educational knowledge and values, Ado created the Cortovisioni workshop format, endorsed by both MAXXI and INDIRE (National Institute of Innovation Documentation and Educational Research). Today, Ado continues to work with different associations, schools and film festivals.