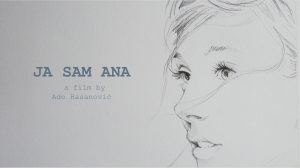 Ja Sam Ana – Ado Hasanovic (Italy)
FocusFox Studio Award (€10,000 in post-production services)
Written and directed by Bosnian director Ado Hasanovic, and produced by Massimo D’orzi through Italian production company Il Gigante, Ja Sam Ana promises a new perspective on the consequences of the Yugoslavian Wars. The director said the film was inspired by the daughter of a convicted war criminal, Ratko Mladic, whose actions in the 1990s caused the death of 35 members of Hasanovic’s extended family in his native town of Srebrenica. However, the movie doesn’t focus on the victims, but rather on Mladic’s daughter, Ana, who is shocked to discover that her beloved father is a war criminal. “I want to discover how it feels when someone you love turns into someone you don’t actually know,” the director says. Producer D’orzi adds that the project needs co-production partners from the Balkans, as the film will mainly be shot in Serbia and Bosnia. The budget amounts to €1.4 million. “We hope the film will provide another point of view on Balkan history,” the producer also says.